Poland’s 16th year in the EU.
An unsuccessful thaw
before the coronavirus storm
Tomasz Bielecki

Warsaw did not take advantage of the opportunity for a “thaw” offered by Brussels last year. As a result, disputes over the rule of law remain a major burden for Poland. However, the rest of the EU knows how to (and still wants to) separate them from other subjects when working with the Poles.

Poland’s sixteenth year in the EU featured changes in the top jobs in Brussels (partly linked to the European Parliament’s electoral cycle) and the Polish parliamentary elections, which the Law and Justice (PiS) party won again. This formed the basis for attempts at a “new opening” in relations between the European Commission and Warsaw, which have flared up with Brussels’ successive decisions to launch disciplinary proceedings concerning PiS’ judicial changes. From the start of her career in Brussels, Ursula von der Leyden, Jean-Claude Juncker’s successor as president of the Commission, opted for a kind of “normalisation” in relations with PiS, asking the party’s MEPs to back her candidacy during the summer of 2019. Without their support in the Parliament, it would have been more difficult for her to be chosen and, while no binding promises were made in negotiations with PiS, there were plenty of signals of a thaw in her contact with Prime Minister Mateusz Morawiecki. 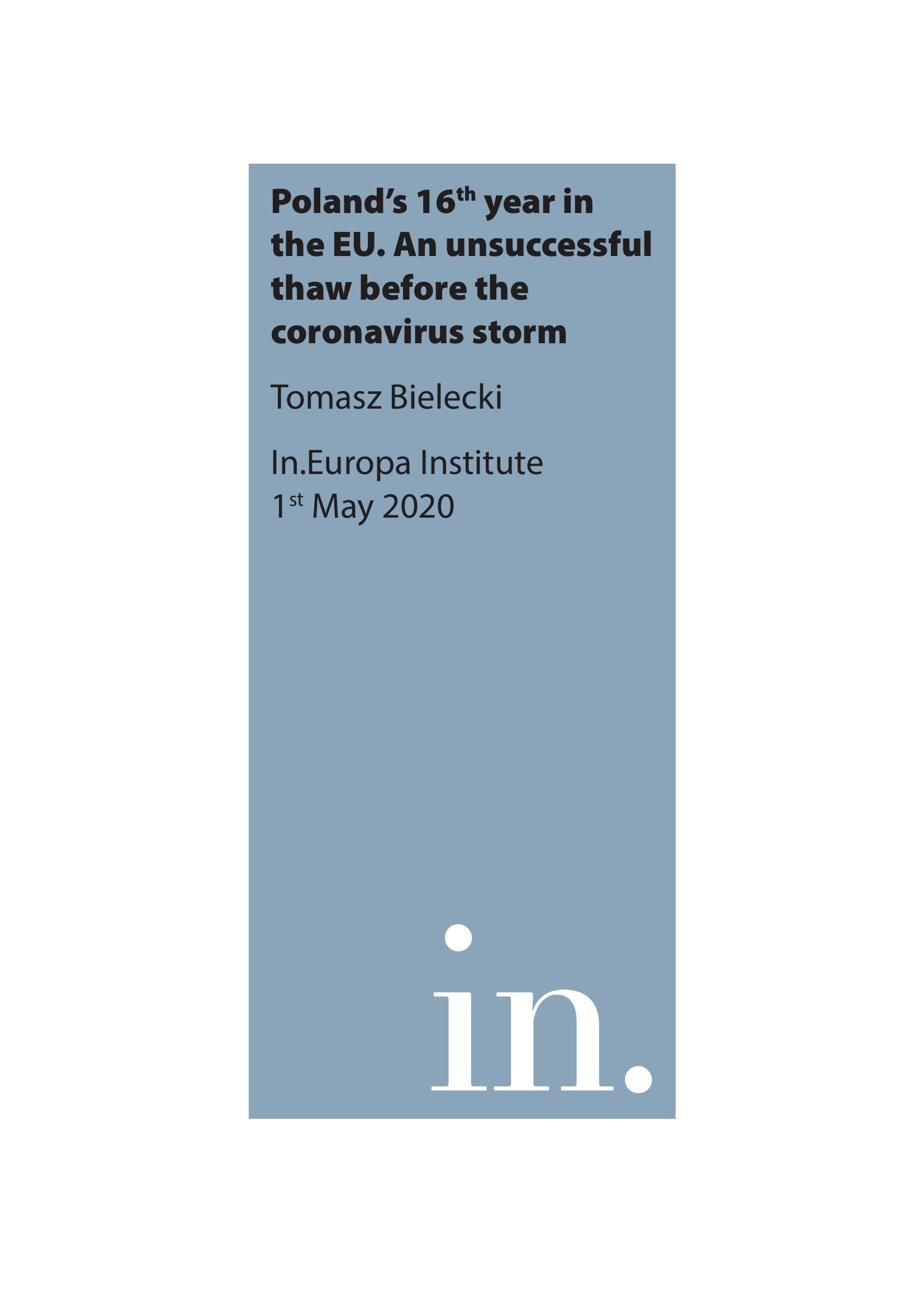