Although Poland has been less tragically hit by the coronavirus than western Europe so far, the epidemic has already sped up the erosion of democracy. For the first time since the collapse of communism, many voters are wondering whether to boycott an election.

The epidemic arrived in Poland during preparations for the presidential election, which both the ruling camp led by Jarosław Kaczyński and the opposition were treating as a “play-off” following the parliamentary elections in October 2019. The president has the right to veto new laws and the current government does not have the majority in the Sejm (at least 60% of members of parliament) needed to override it. The incumbent president, Andrzej Duda, a Kaczyński loyalist, was leading clearly in the polls before the epidemic, but his re-election for a second five-year term was not guaranteed. The opposition still hoped that it would win, potentially paralysing Kaczyński’s party’s efforts to build a “new state”.

The curtailing of civil rights due to the coronavirus, with strong restrictions on leaving the house, is seriously impeding fair competition during the election campaign. In his bid for re-election, Duda is taking advantage of state resources – for instance, with his trips as president – while his rivals are stifled by the lockdown. These problems are not altogether surprising in emergencies, which is why the Polish constitution is quite skilfully designed to avoid these kinds of threats to the functioning of democracy. It allows a “state of natural disaster” (which includes an epidemic, according to the law) to be declared, suspending preparations for any kind of elections. The vote only be held three months after the state of emergency ends, in part to allow time for a fair election campaign. The government can declare this kind of state of emergency for a month; to extend it by another month, the Sejm’s approval is needed each time. 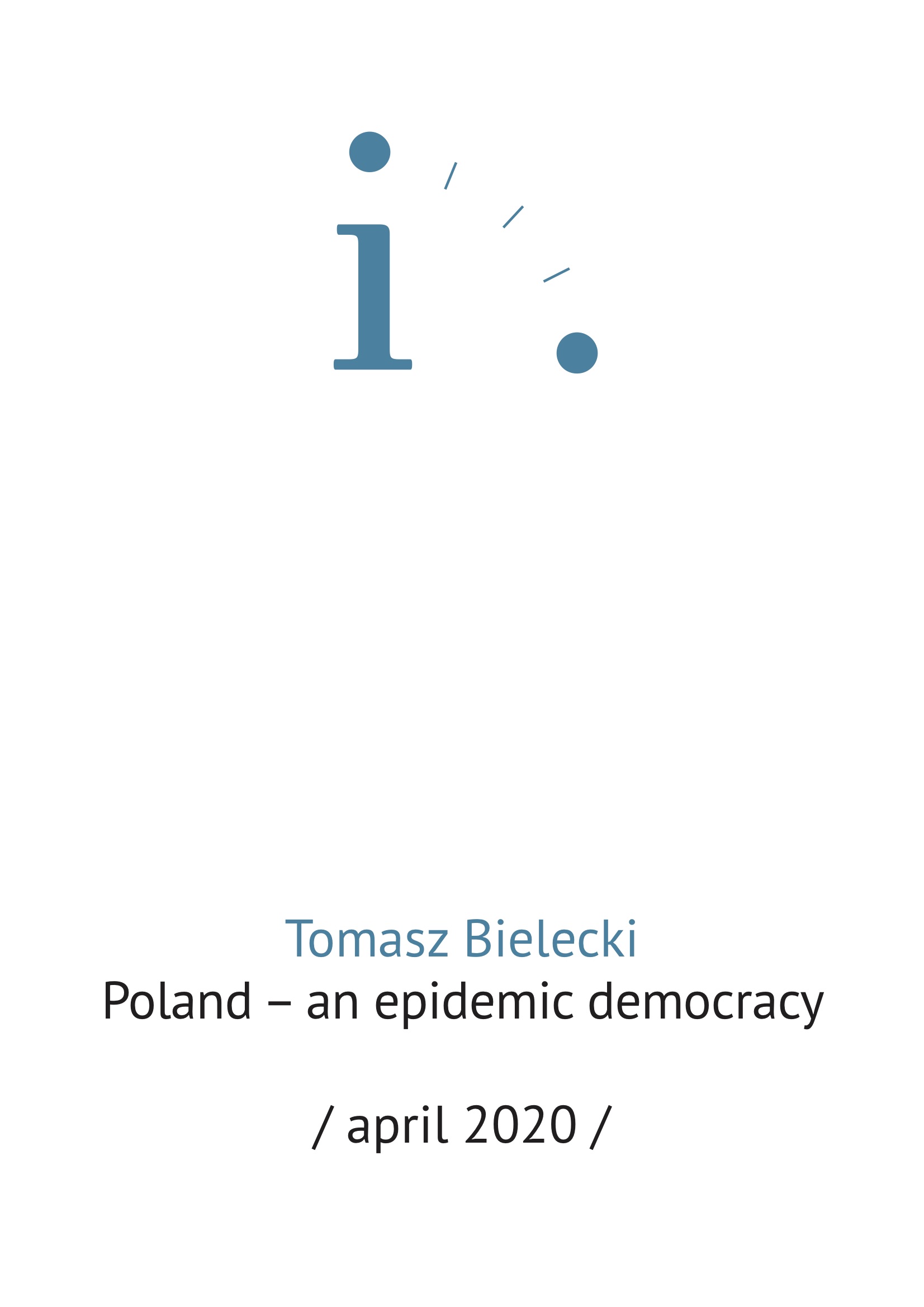