How to mobilize Europeans to go to the European Parliament elections?

What changes are planned in the area of the internal market?

These were the main topics during the breakfast in.europa, whose guest was Róża Thun Member of European Parliament. The meeting took place on 18th February, 2019. Anna Radwan the President of the Institute in. europa welcomed the guests together with Michael Quaas from the Konrad-Adenauer-Stiftung.

The first point proposed by the moderator of the meeting, Jan Szyszko, an expert in.europa, was the issue of elections to the European Parliament and the mobilization of society to participate in them.

At the outset, the representative pointed out the problem of Poland’s perception of Europe as an isolated being – „We are still talking about Europe there” . It is connected with the lack of understanding what is the  Community. In this context Amin Maalouf’s book “Murderous identities” was mentioned, which emphasizes that every human has his unique and unique identity, but the individual elements of this identity allow to connect with a given group of people. “Defining identity should therefore be based on connecting elements that allow us to create a Community.” – said Mrs. Róża Thun.

In the context of the European elections, the essence of this was to emphasized to show that “elections are not THERE in Europe, but HERE in Europe”. The European campaign must therefore be close to people, because everyone must feel responsible for the community of which he is a part, so everyone should run a campaign.

During the conversation, the topic of the road safety package was also discussed, which co-authored is Mrs Thun. The current number of accidents is a problem nowadays. The country that reigns in increasing statistics every year is Poland. The European Commission is working on a project to combat this phenomenon, balancing the safety of every car and truck, equipping them with special systems, such as lowering the truck driver’s seat level, or the system detecting text messaging while driving, as well as many others.

Later, the guests asked questions. Attention was paid to such topics as: the value and identity of the European Union, the impact of the EU budget on combating youth unemployment, the essence of the European Parliament as one of the most important EU Institutions, emphasizing the importance of sovereignty  – because the “Member States share it and don’t give it away to the EU” by throwing their sovereignty into the EU sack, we get some of the sovereignty of other countries” – as Róża Thun stressed.

The last but no less important topic was the so-called double-quality products – Mrs. MEP stressed that in the work on this problem, the solution will not be based on limiting the freedom of producers in the manufacture of products. It is about focusing on informing the consumer through the label that he is dealing with a different product than the one that is in another country.

Breakfast in.europa is an initiative of the institute in.europa and the Konrad-Adenauer-Stiftung. Co-funded by the Erasmus+ Programme of the European Union. 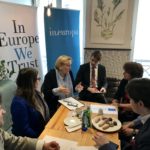 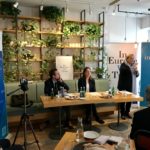 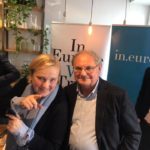 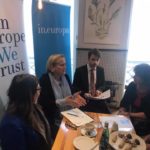 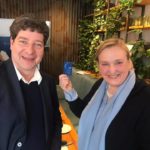 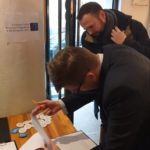 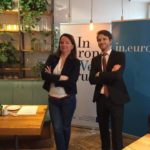 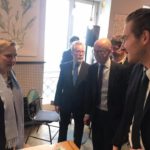